Jade Velasquez is an LVT and Practice Manager who works at a general practice in Gig Harbor, Washington. She has been the President-Elect, President and Past President of WSAVT. She also is the NAVTA PR committee chair and sits on the NAVTA membership committee. She also uses her writing and speaking to reach veterinary professionals with her unique view of veterinary medicine. In 2014, Jade created a Facebook group; Veterinary Support Staff Unleashed to boost positivity and create a dialogue to inspire open communication in the field. She also is a regular contributor to the NAVTA Journal and guest author at DrAndyRoark.com who has used her writing to generate some of the most viewed and well-received articles on their website. She enjoys reading, writing, horror movies, music and hanging out with her 12-year-old son, two crazy Basenji’s and her Siamese cat.

Nicole is the Practice Manager and Licensed Veterinary Technician for Mayo Veterinary Services; a large mobile surgery practice in the Puget Sound Area. Before joining her practice at the end of 2015, she spent several years working in emergency veterinary medicine as a lead technician for her hospitals’ night shift. She graduated with an Associate’s Degree in Veterinary Technology from Penn Foster College. She is a firm believer of promoting a healthy work and lifestyle balance by using appropriate time management and self-growth by expanding the description of what it means to be a veterinary technician. Over the next few years she hopes to continue to progress in and change veterinary medicine. She hope to have the opportunity to give back to the community that has given so much to me.

Natalie Pedraja is a recent transplant to the Pacific Northwest, she has spent the last eight of her ten years in veterinary medicine working in emergency and specialty hospitals in Virginia. She obtained her license in 2017 and has actively continued working to expand her knowledge within this field. In 2018, she authored her first article for the NAVTA Journal, chronicling her struggles within the field as a new technician. Her interests within the veterinary field include mental health and wellness for support staff, emergency and critical medicine with a focus on trauma, and improving utilization of licensed technicians.

Outside of the hospital, she is an avid scuba diver and fossil hunter, photographer, and dog mom to three very wonderful, clingy pups.

Through her business, Pawsitive Dental Education, she provides dentistry instruction and consultations across the United States and Canada to veterinary professionals. Benita has published numerous articles on dentistry in veterinary journals as well as being a contributing author to a textbook for veterinary technicians and nurses on the subject of the dental operatory, ergonomics and safety.

Lori Lutskas  is the treasurer for WSAVT.  She started this position around 2012, before this time she was on the executive board as finance chairperson and bylaws chairperson.  She has been a veterinary technician in the state of Washington since 1983 and a member of WSAVT since that time.  She has enjoyed a variety of practice types in her career; mix-animal, small animal, and lastly academia.   Since joining WSU Veterinary Teaching Hospital, she has been in small animal surgery, neurology, and integrative medicine.  She got her certification in Canine Rehabilitation in 2006; she has realized that this is what she really enjoys to help patients that need veterinary physical therapy.  She gets really excited to take a neurological patient and be able to re-train them to walk again.

This could be you! - ByLaws Chair

Shari Hultberg began in this industry in 2004 as a receptionist and instantly knew she wanted to become a licensed veterinary technician. Shari graduated from the online program, AAHA’s DEVTP, through Cedar Valley Community College in 2008 with Phi Theta Kappa honors. She has 2 senior dogs (Abby and Peanut), 2 cats (Hamster and Spare Kitty and 3 goats (Tyche, Jewel and Bucky Boy). Born and raised in Washington State, Shari is currently located in beautiful Poulsbo.

During her first year as vice-president for WSAVT, Shari helped organize a very successful CE in Silverdale, WA. Now this CE has become an annual event on the peninsula during the fall.  She is focused on establishing easily accessible and informative CE’s. Shari’s long-term goal is to promote the recognition of tasks provided by licensed technicians and the importance these duties have in the veterinary community. Technicians are hard-working, passionate and dedicated to the care of all species of animals. Veterinarians and their clientele should be aware of the vital role the veterinary technician plays in the veterinary team dynamic.

Ryan Frazier has been a Veterinary Technician since 2004. He graduated from Madison Area Technician College in Madison, Wisconsin. He has worked in emergency and specialty medicine since 2007 and made the move to Washington in September of 2014. His true passions include internvental radiology, unconventional internal medicine (fecal transplants, laser therapy) & unpredictable trauma medicine. In his free time he loves traveling far and wide and his old little beagle Remington.

Brandi has been working as a veterinary technician since 2009, starting off in radiology which is still her passion, but most recently in internal medicine.  She enjoy being an internal medicine technician because it allows her to combine her love of imaging modalities with the ongoing care of my patients.  She moved to Washington in 2016 to pursue another internal medicine position and to be closer to the outdoors that she love.  When not working you can find her outdoors exploring the world with my little pupster.

Ashley Byrne is a Licensed Veterinary Technician with VCA Animal Hospitals. She started at PIMA Medical Institute and obtained her Veterinary Assistant Certificate in 2005. She began working at VCA Animal Medical Center of Marysville and returned to PIMA Medical Institute in 2007 to be a part of the Seattle Campus’ first Veterinary Technician class. Ashley has since expanded her work to technician development within her company. She was part of the first VCA Technician Development Team in the Northwest region and is currently part of the VCA Technician and Assistant Career Development Program. After dedicating nearly 14 years of work to her home practice in Marysville (a town she lived in for 25 years) she is stepping off the floor to dedicate her time to technician engagement. Over the years, Ashley has worked in several private practices for relief and enjoyed the experiences. When she is not working on empowering veterinary teams, she can be found reading or enjoying time with her family on Camano Island, Washington.

Christina Ojanen is a 2005 graduate of the Yakima Valley Community College Veterinary Technology program.  She received her veterinary technician license in 2005.  She graduated in 2007 with a bachelor in zoology from Washington State University.  She earned her VTS in surgery in October, 2013.  Christina has been the Small Animal Orthopedic Technician at the Washington State University Veterinary Teaching Hospital since 2007.  She has been a WSAVT member since 2007 and a NAVTA member since 2006.  She has been the WSAVT newsletter editor since July 2014.  She is currently on the Credentialing Committee for the AVST and is the Nomination Chair. She has written an article for the NAVTA Journal.  In her spare time Christina enjoys reading, watching movies, gardening, and hanging out with her two dogs and one cat.

Karen came to veterinary medicine later in life than most people.  She had two other major professions and the combination of a great education at Pierce College (2006 Grad) and the skills from previous careers have made a great combination for her employment.  She is fascinated by the workings of government and spent many years employed by enforcement agencies.  She want all LVTs to be as knowledgeable of the laws and regulations that affect our day to day work life as possible.  Knowledge is power and if you are not at the table, you’re lunch.  She has been owned by Bearded Collies since 1985 but recently lost her last one, so she is currently without dog.  But she gets to help a lot of other people’s animals feel better.  Who can complain? 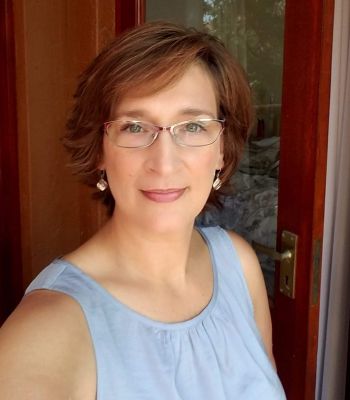 Teresa Stefan is VCA's new Talent Acquisitions Manager in the Northwest Region.   She has 27 years experience in the veterinary industry with 25 years as an LVT.  During her career, she has worked in various roles in both general practice and specialty medicine, including being a Technician Manager at a large specialty and referral practice for 7 years. She is active in our states veterinary technician programs as a guest speaker, an advisory board member, mental health advocate and on the AVMA committee for Veterinary Technician Education and Activites.  She has a strong desire to educate the community to bring awareness of the important role veterinary technicians play in our industry. She would also like to empower our technicians to find their voice and take action for positive change for our profession. She enjoys mentoring students to prepare them for their externships, and their first job as an LVT.